Chapter 3
To recap, chapter 1 was a year of fun & adventures, chapter 2 was a year of massive PR’s and pushing myself, and chapter 3? Well…it’s certainly going to be interesting, I’ll give it that.
The last half of 2011 was devoid of races (as you can tell by the lack of posts…).  I was battling an injury which was finally resolved with custom orthopedic inserts (thanks Dr. Lane!—no relation), I started a new, somewhat stressful job, and needed time to take care of myself without thinking about how far/fast I needed to run that day. I suppose it happens to us all eventually.
Here we are in 2012, and I find myself in yet another unusual situation. I’ve deployed overseas for a while, not really sure what the end point is from here on out. And for those who have seen the “Leatherneck” special on the Discovery Channel, that is now what I call home.  Since most of my friends have no idea what the situation out here is like, I’ll divulge the important stuff. 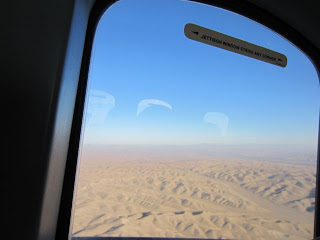 The desert is very cold in the winter, it’s rather offsetting. It isn’t as bad as northern areas in the States, but you’re constantly exposed which makes it that much worse. Imagine walking a mile to work when it’s 25 degrees out. Not as fun anymore, huh?
When it does warm up, it seems to rain. Afghanistan rain sucks. It smells, it makes the ground all gross…there is mud for weeks.  On top of that, we’re blessed with steady winds of 20-30mph. My ponytail blows out at a 90 degree angle from my head. Not normal. 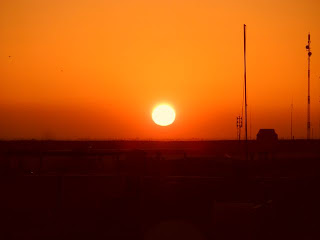 A typical day for me starts around 8am-9am (depending on whether my bladder or my alarm clock wakes me). I throw on warm clothes and rush out to a porta-potty. A freezing cold one, at that. I head out for a run—whatever distance feels good that day—and hit the showers, which are usually hot. It’s a sad day when there’s no hot water.
I then walk incredibly slow to work. There’s something about walking right after running that makes me want to take my time.  I’m usually bundled up in my ski jacket, scarf and beanie. Apparently I look like I’m ready to hit the slopes, because I’ve been given 2 nicknames so far—Snow Bunny and Snow Plow. Not a big fan of Snow Plow, personally. 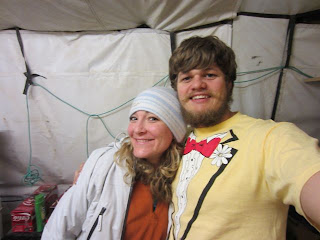 I work until pretty late at night, depending on how much stuff needs to get done. So far the days are absolutely flying by, no complaints here. The food, on the other hand, has room for serious improvement. Obviously I’m happy that we aren’t eating MRE’s, but I still feel like complaining. They can step it up a notch. Everything they serve is ridiculously unhealthy. It’s either fried, covered in cheese, drenched in creamy sauce, or straight up dipped in butter. I eat the exact same thing every day…salad with lunchmeat, or a whole wheat tortilla with turkey or tuna. Literally every day. It takes the guessing out of the equation, I suppose. I’m also hungry all the time. My fault, it’s no news to me that I’m a picky eater.
The one thing I really have going for me is that I have an awesome room.
So anyways, back to running…
I jumped in to running pretty quickly, and after struggling briefly with mere 8-12 mile runs, I’m finally back up to 65+ miles a week. Nothing crazy, but I’m stoked that I’ve remained injury free.  I’ve lost a decent amount of weight right off the bat, now I just have some refining to do. Believe you me, there was weight to be lost. I had entirely too much fun at the end of 2011…
Most of my runs have been spent observing things…like counting camels (I saw 15 on one run!!), watching helicopters take off and land, avoiding being run over by really bad drivers on base, checking out the bomb sniffing dogs and being sad I can’t play with them, and just today- watching a Jordanian in boots and utilities attempt to learn how to ride a bicycle. That was pretty hilarious. 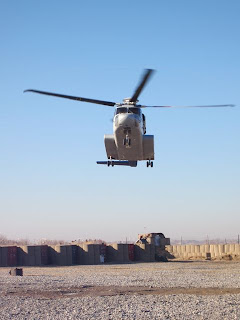 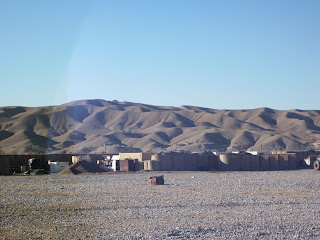 The cool think about where I’m located is that the base is huge. Like, really big. 20 milers are not an issue. There are porta-poties everywhere, which makes it convenient when you’re out in the middle of nowhere and need to go (although this happened the other day—and I found one that was for male anatomy only. Very disappointing.). The sucky thing is that the ground is pretty rough. It’s full of rocks to help keep the dust down and prevent flooding, but it’s a b!tch to run on. Again I find myself battling a rock rage.
My ankles are perpetually bruised from kicking myself with these little obnoxious rocks.  I roll my ankles at least once per run, though have somehow managed to not fall in a ditch anywhere. It’s actually really dangerous walking around in the dark, there are these massive trenches everywhere that you can’t see until you’re right next to it.
Another annoying problem is the foreigners who are working on base. They stare, glare, stalk…it’s pretty bad.  It’s like they’ve never seen a white chick running before. Ok, so they probably haven’t. But still. 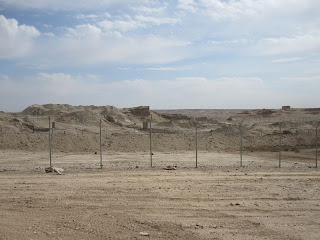 But now…I need to get back in shape. I’m planning to go on vacation in April, so naturally I scoured the internet to find a race. I wanted a trail race, but no more than 50k, and nothing with crazy climbing. My legs won’t be ready for any of that . Low and behold, there’s a 50k in Sweden on the date that I was looking at, and it sounds perfect. Well, it would if I spoke Swedish. But it sure looks nice.
I checked in to the logistics, and I can easily swing through Stockholm on my way back to Afghanistan…soo….yes. This is the one.  If only I could figure out how to register. Anyone speak Swedish??
There’s a 10k on base in 12 days, I’m going to run it to guage my fitness. I’m sure I’ll be tripping over rocks and getting blown over by wind, but it will be some sort of starting point. I now have 12 weeks to get ready for a 50k. Plenty of time...?
I’m ecstatic to have a goal again, and that it’s for another awesome trail race in a really amazing place. I know literally nothing about Sweden, so yet another Agile adventure begins.
I've decided the best way to deal with being away from loved ones in a not awesome place is to focus on self improvement. With that in mind, I bought a guitar, am trying to run my butt off, and will learn how to drive stick. No really, we have a car...but it's manual. Don't laugh, but I've never had to drive one before.
And so begins Chapter 3.
Posted by AgileToes at 12:58 PM